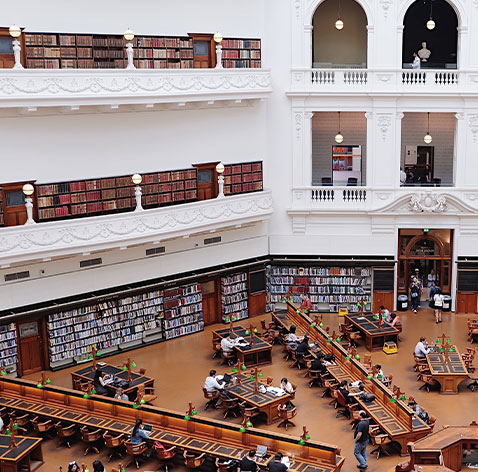 The mission of the EAAS Women’s Network is to facilitate contact among EAAS members interested in subjects and issues dealing with women and gender. It seeks to enhance cooperation among European Americanists by establishing a network of scholars with common research interests. It also encourages collaboration on projects, and works towards organizing parallel lectures, workshops, panel discussions, roundtables, performances, exhibits, and keynote addresses at EAAS meetings, with the end goal of increasing the visibility of women and women’s and gender issues.

For any inquiries and proposals please

The History of the Women's Network

For several years the Women’s Caucus met at EAAS events and, each time, a new crowd of people gathered, discussed—sometimes heatedly—issues related to women’s and gender studies, the political and economic situation of women’s and gender studies in the various EAAS member states, and how the Women’s Caucus could work. At most meetings, we easily agreed that networking and the mutual exchange of ideas would be a wonderful undertaking. However, we also disappointedly agreed that hardly anyone could spare the time to start either a members’ list or even a separate website. While the meetings were always full of enthusiasm and new ideas, the aftermaths of such gatherings proved disillusioning because every-day academic life made it difficult to maintain connections.

I recall our first official “meeting” (shoptalk) in Cyprus in 2006 with a pretty large number of people engaging in discussion, but I also recall another meeting in Dublin in 2010, where we were a last-minute addendum to the program, and the only room left was what one participant called a broom closet. But perhaps because of the narrowness of the room and the ensuing closeness we felt then, first stirrings emerged, and we at last started a list and received a promise from the EAAS webmaster to post anything we sent him. In Dublin, Justine Tally from the University of La Laguna in Spain and I were elected the first Steering Committee members, and we managed to contact the organizers of the 2012 Izmir conference (Meldan Tanrisal and Tanfer Emin Tunc) for a preferred slot on Monday morning. The Izmir meeting proved to be a turning point.

In Izmir, a relatively large number of people from Turkey and elsewhere gathered, among them Meldan Tanrisal, then Vice President of EAAS, and Tanfer Emin Tunc, Vice President of the American Studies Association of Turkey. Justine and I were happy to welcome them as members of an enlarged Steering Committee, and together we set up a new list on the EAAS website and invited/sponsored Lisa Hayes, who performed a one-woman show—“Finding the Light”—on behalf of the Women’s Caucus at the 2014 Hague conference. This conference made it clear to us that we needed to be in touch more than just biennially, so we reorganized the Steering Committee to include four members. In addition to Tanfer, we gained the new, vigorous, and enthusiastic voices of Annessa Ann Babic from New York, Ingrid Gessner from Germany, and Rubén Cenamor from Spain. It is because of their hard work that the Women’s Caucus, renamed the Women’s Network, was able to hold its first symposium in 2015 in Lublin, Poland on “The State of the Nation: American Women in the Twenty-First Century.” The Steering Committee hopes to host this platform for the discussion of women’s and gender issues biennially, in different locations throughout Europe, to alternate with the EAAS Conference. 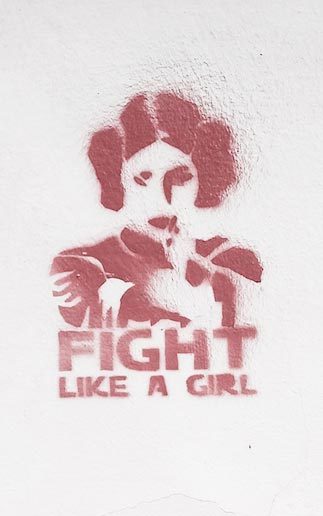 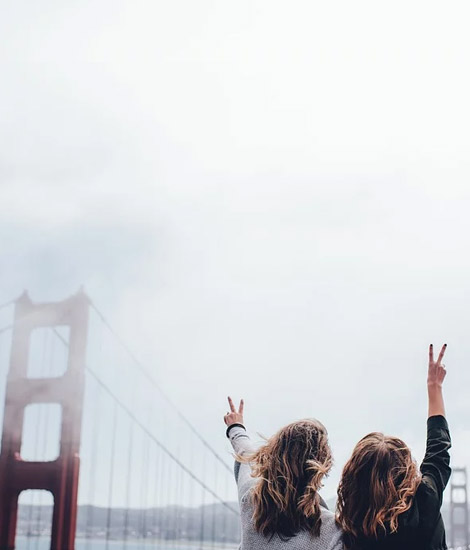 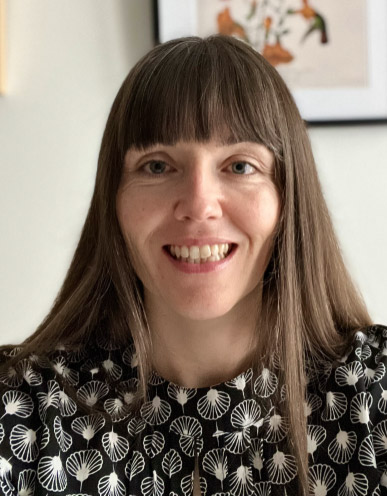 Associate Professor of American Studies in the English Department at the Sorbonne Nouvelle in Paris, France. Her research has dealt primarily with the American family during the postwar era. She is interested in the ways in which the white, heterosexual, middle-class nuclear family has come to represent traditional conceptions of American family life. As part of this research, she has attempted to frame the 1950s within a long historical perspective, tracing the antecedents of the “breadwinning father/husband” and “caretaking mother/wife” to the late 19th century. She looks at these roles as expressed during the 1950s as a sort of zenith of long historical trends that ultimately contributed to the social, political, and cultural transformations of this era. She is currently transforming this work into a book. She is co-managing editor of InMedia, her research lab’s academic journal. She has published articles on national youth culture, access to reproductive rights and sexuality education, choices available to pregnant teens before Roe v. Wade, and heteronormative hysteria during the second Red Scare. She has also co-edited special issues on the politicization of women and intimacy in the Americas, the varied nature of reproductive justice and rights in the US, and the liberal consensus as a normative framework to study intersectionality, transgression, and marginality during the postwar era. 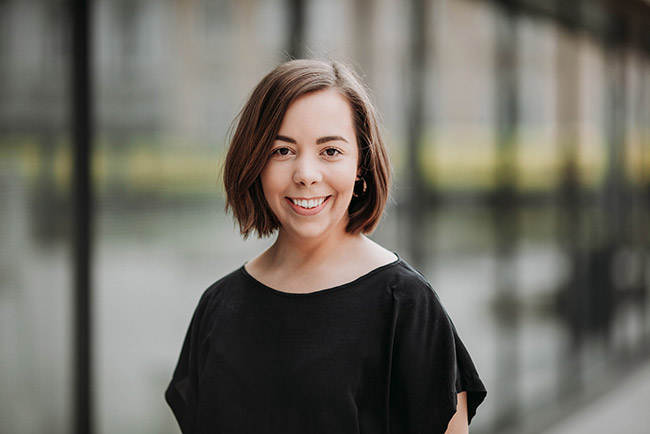 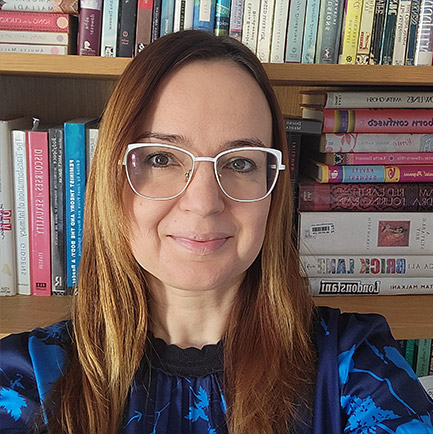 Assistant Professor at the Department of British and American Studies at Maria Curie-Sklodowska University in Lublin, Poland. Her research interests encompass American minority literatures, critical race, postcolonial and gender studies. She has published extensively on South Asian American literature, with a special focus on literary representations of female sexuality and female body. She is the author, among others, of Bicultural Bodies: A Study of South Asian American Women’s Literature (Peter Lang, 2013). As a co-coordinator of the ExRe(y) project encompassing biannual conferences and publications devoted to the most recent developments in American literature and culture, she has co-edited three volumes: Spaces of Expression and Repression in Post-Millennial North-American Literature and Visual Culture (Peter Lang, 2017), Exhaustion and Regeneration in Post-Millennial North-American Literature and Culture (Peter Lang, 2019), and a special issue of the Polish Journal for American Studies (Fall 2021, EXtREme 21: Going Beyond in Post-Millennial North American Literature and Culture). She was a visiting professor at the University of Eastern Finland, Joensuu, Finland and the University of Agder, Kristiansand, Norway. In 2021, as a Kosciuszko Foundation fellow, she was researching her second book project on Polish American literature at Northwestern University, Evanston, Illinois, USA. 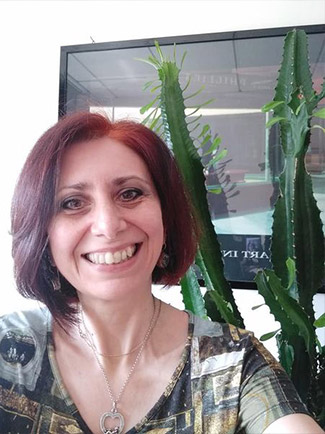 Elisabetta Marino is Associate Professor English literature at the University of Rome “Tor Vergata”. She is the author of four monographs: a volume on the figure of Tamerlane in British and American literature (2000); an introduction to British Bangladeshi literature (2005); a study on the relationship between Mary Shelley and Italy (2011); an analysis of the Romantic dramas on a mythological subject (2016). In 2006 she published the first Italian translation of poems by Maria Mazziotti Gillan. Between 2001 and 2019 she edited/co-edited ten collections of essays (three more are forthcoming) and a Special Forum of Journal of Transnational American Studies, dedicated to Sau-Ling C. Wong (2012). She has just co-edited a special issue of De-Genere. Journal of Postcolonial, Literary and Gender Studies (March, 2022), entitled “Transnational Subjects and Intercultural Identities: Travel and the Global South”, and she is currently acting as guest editor for a special issue of Journal of American Studies of Turkey (JAST) focused on Italian American material culture (to be released in 2023). She has published extensively on the English Romantic writers (especially Mary Shelley and P.B. Shelley), Indian diasporic literature, travel literature, and Italian American literature. She has been teaching both English and American literature for over twenty years. 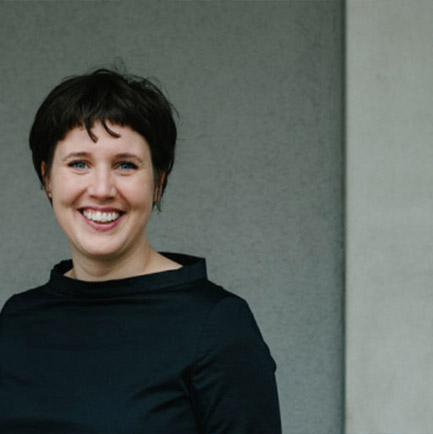 Senior lecturer (Akademische Rätin) for Gender and Diversity Studies at the English Department of the University of Cologne, Germany, and co-editor of the academic blog Food, Fatness, Fitness: Critical Perspectives (http://foodfatnessfitness.com/, together with Evangelia Kinfinger and Nina Mackert). She conducted research as a visiting scholar at the University of Illinois at Urbana-Champaign, The New School, UC Riverside, and Barnard College. Her research focuses on American literatures and dance forms of the twentieth and twenty-first centuries, critical and cultural theory, especially new materialist and feminist theory and critical posthumanism. Her first book, Walking the Möbius Strip: An Inquiry into Knowing in Richard Powers’s Fiction (Winter, 2016), draws on feminist epistemology and psychoanalysis to highlight the non-propositional aspects of cognition that escape the frameworks of scientific empiricism and can only be known through the mediation of fictional narrative. She is currently working on her second book project, “Becoming-Body: Technologies of the Self in American Modern Dance,” in which she explores the implications of corporeal materiality for the construction of subjectivity and freedom in American modern dance techniques. As part of this research, she spent a semester at the Martha Graham School of Contemporary Dance and she took classes in Duncan and Dunham technique. She has published in the fields of American literature, cultural theory, and dance studies, including the co-edited collection Communicating Disease: Cultural Representations of American Medicine (with Carmen Birkle) and articles in Dance Chronicle and Hypatia. 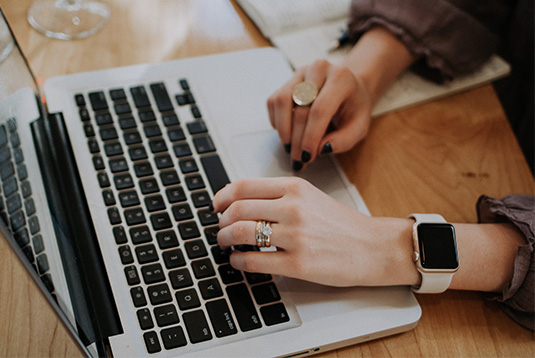